The Golden Age of Timbuktu 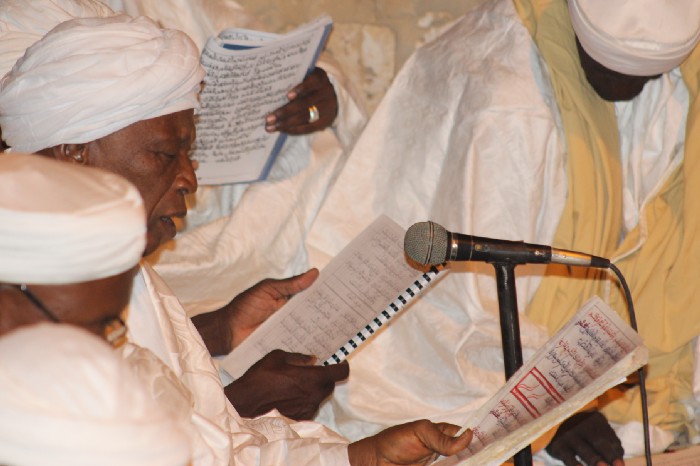 Some say Timbuktu is the end of the world but for natives of city it’s the beginning of the world and a brilliant future. This city is landlocked in the Sahara, and poor, but it’s a power house in art, architecture, and literature. It’s located in the heart of Mali, in West Africa, and known for its rich cultural heritage, including ancient manuscripts that hold the history of Islam in West and North Africa. Timbuktu is Mali West Africa’s cradle of knowledge.

In the 15th century, Timbuktu was known as the “city of gold,” a name born of the fact that much of the gold produced in mines of the Mali Empire moved by camel caravan through Timbuktu and across the desert to North Africa and Europe. Timbuktu lay across the trans-Saharan trade routes between the Taoudenni salt mines deep in the Sahara and gold mines South of the Sahara. Crafts and textile industries also flourished in the city, including dozens of skilled tailors. Timbuktu’s winding streets became known for the mud limestone architecture and ornate wooden doorways made by Moor craftsmen centuries ago. The streets and doorways are still there and gold remains one of Mali’s most important exports.

But Timbuktu is best known as a center of Islamic learning and culture. The University of Sankoré, whose mosque still stands, rose to prominence in the 16th century, with 25,000 students. Sankoré supported 180 Quranic schools. At that time Timbuktu had 20,000 inhabitants, about two thirds the number now, but for that era it was a major city. Students studied chemistry, physics, optics, medicine, history, geography, and Islamic jurisprudence. The university libraries held a handwritten historical record of West Africa’s Muslim history, dating back seven centuries, including the books by 17th century Berber scholar Ahmad Baba. The manuscripts were circulated by researchers and scholars across Africa, Europe and the Middle East. Before the age of mechanized printing, the art of calligraphy remained for scholars the main mode of transmission of knowledge from one generation to the next. Calligraphy is a popular art today and it is the core of literacy in Timbuktu.

As a result, trans-Saharan camel caravans traded in books (as well as spices, salt, gold, and more) which were in high demand in the markets of North Africa. The manuscripts to this day are protected by Timbuktu’s oldest families who are dedicated to manuscript conservation and preservation. Today, most of these literary treasures have been sent south to Mali’s capital of Bamako for safekeeping during the current time of unrest.

Timbuktu rose with the prominence of the Mali Empire, which by the 14th century was rich and powerful as a result of trans-Saharan trade. The Azalai caravans, as they were called, connected Mali’s gold markets to Europe and North Africa and Africa south of the Sahara. The arrival of a caravan in Timbuktu was always cause for celebration and joy. The caravans brought cloth, books, and paper. But gold and salt were most important.

Mali’s most famous emperor, the Mansa Musa, ruled from 1312 to 1337. His wealth in gold, estimated at $400 billion in today’s money, makes him one of the richest people in history. And one of the things he is most remembered for is the construction of the Djingareyber Mosque, Timbuktu’s largest and oldest mosque, which he financed.