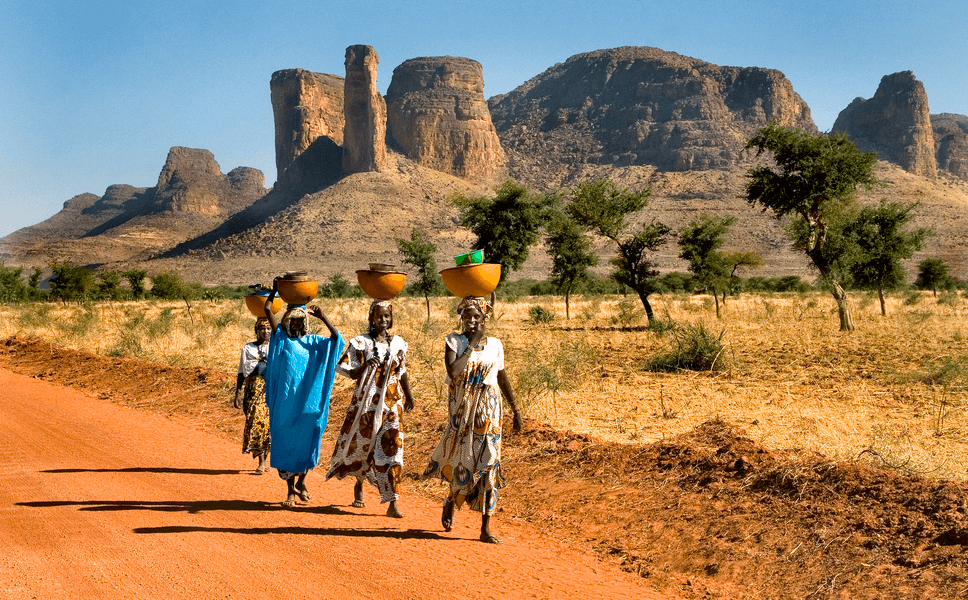 Over the past two decades, Islamist rebellions and ethnic separatist movements have made the Sahel one of the most troubled regions of Sub-Saharan Africa. Combatting such threats involves building strong communities that promote tolerance and inclusivity, including gender equality. Women play an important role in helping make communities less vulnerable to extremism. Not only do women have the power to strengthen social fabric, women themselves are among the most powerful voices for prevention of abuse in their homes, schools, and communities. Women — as mothers, caretakers, partners, teachers, and faith leaders — can uniquely help build social cohesion, a sense of belonging, and the self-esteem that youth need to resist the appeal of a violent group.

The power of women in the Sahelian peace process was the subject of a meeting organized by the American activist organization Search for Common Ground. From the 28th tto 30th November 2016, in the northern state of Maiduguri /Nigeria , the organizers brought together female leaders from across the Sahel, including Mali, Niger, Cameroun , Chad, and Nigeria to talk strategy and trade ideas on how to involve women as peace makers in the Sahel’s conflicts.

Nana Touré, a youth leader from Mali, said in an interview that successful community engagement on tansforming violent extremism requires the participation of women. Touré said, « The fight against violent extremism must be a daily struggle and we must use a holistic approach through a very good articulation of local, national and regional needs.”

The empowerment of women is one of the greatest challenges of our time anywhere in the world. When a woman is empowered, her community is empowered and, ultimately, a nation. The Sahel regions today are confronted with inter-ethnic and inter -religious, and inter -sectarian conflicts fueled by growth in the radicalization of youth into violent extremist rebellions.

Mali, for example, has been hit by rebellions of Tuareg separatists and Islamist groups and is in its seventh year of civil war. And in Nigeria the Islamist group Bokoharam is fighting to establish a caliphate and restore sharia law in the northern states of Nigeria.

According to Babette Koultchoumé, a Cameroonian women activist: « Being a woman is not a fatal thing despite the social and existential pressures that we suffer! Women must work to turn bad situations to their favor. After all, the woman is at the beginning, middle and end of the life cycle of social life. Because a woman gives birth to new life, this gives her great power to influence the life of son or daughter. A woman’s body is at the very center of life and this frightens men who fuel hatred in the name of this or that idea. In this case, the woman must not be distracted in her role as a transmitter of value and of peace. A woman by her very presence inspires endurance, gentleness, strength, resistance, seduction, beauty, divinity, and hope for the future. In the end, it is still the woman who holds the keys to the solution to violent extremism. She has always acted as a mediator between men in family and social conflicts. Women represent the values that can restore humanity.»

Women must also play an important role in the peace process because women are also the greatest victims of war. The world remembers the innocent girls of Chibok kidnapped by Boko Haram and forced into marriage. Many have been rescued and returned to their families, traumatized by their experiences. Many brought back babies.

In Mali’s northern regions, including the fabled desert city of Timbuktu, the region of Gao and in the city of Kidal, Islamist militias publically whipped women who failed to fully cover their heads according to their interpretation of Islamic law. This was despite the fact that for many West African women the wearing of the hijab, a scarf that covers the head and shoulders, was culturally foreign to them.

Chijioke Ogbogu, a researcher with Fund For Peace who studies West Africa, points out that women are more vulnerable to violence and exploitation in war zones. « Although men and women are both affected in war times, women face devastating problems. Some of these problems include sexual violence which has been used as a weapon of war either to achieve a military or political objective. In post-conflict regions, women still endure malnutrition, sexually transmitted diseases or forced sexual exploitation as they try to survive and support their families. If they are victims, they should equally have a say in transforming violent extremism. »